Pedaling through the History of Bicycles

It would be difficult to fathom a world without bicycles. People around the world use it and if you are reading this, you have most likely ridden one at some point too.

Here are the 4 most influential bicycles through history you should know.

Bicycle dates to the early 19th century, thanks to the work of various inventors. However, the first major development was made by a German nobleman, Karl von Drais in 1817. He invented a steerable, two-wheeled bicycle with no brakes or pedals.

To ride this clunky wooden prototype, riders propelled forward by kicking against the floor. Action similarly seen on our current day kick scooters and balancing bicycles for kids.

The Draisine (Laufmaschine in German), a.k.a the “running machine” featured a handlebar at the front wheel to allow little steering.

In the 1860s, various French inventors including Pierre Lallement, Pierre and Ernest Michaux continued to improve on their invention.

The Boneshaker (a.k.a The Velocipede or Michaux-type bicycle) was born. A two-wheeled bicycle featuring pedals and cranks on its front wheel. It is made with a mixture of wooden frame and metal tyres that made it extremely uncomfortable while riding on cobbled stone streets. Hence, the name Boneshaker.

To add stability, inventor James Starley introduced a new model with an oversized front wheel. The Penny-Farthing (a.k.a The Ordinary Bicycle) was an oddly shaped device yet gave rise to the first ever cycling clubs and races.

Averaging at four-foot high, it was deemed too dangerous for most to cycle.

Did you know Shimano Cycling World have the four antique bicycles mentioned? Yes, that’s right! Want to learn more? Sign up for our Guided Tour where our informative staff will walk you through the history and development of bicycles. 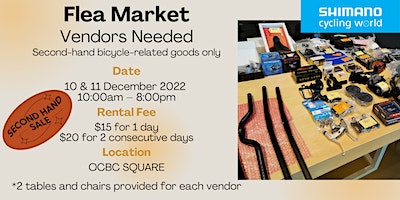